In 1998 Hurricane Mitch, still considered one of the deadliest Atlantic hurricanes in history, had a profound and lasting effect on southwestern Nicaragua. Days of  torrential rains caused catastrophic flooding and created deadly mudslides destroying roads and homes and displacing hundreds of thousands of people. Damage and loss of life was extensive. A large population of elderly people were left homeless by storm.

In response to the critical situation, the town of Jinotepe, established a senior center to provide food, housing, social support, medical and nursing care.  The Center named, The Hogar de Ancianos Dr. Agustín Sánchez Vigil de Jinotepe,never closed. It continues to provide support to some of Nicaragua’s most dispossessed citizens, the indigent elderly. 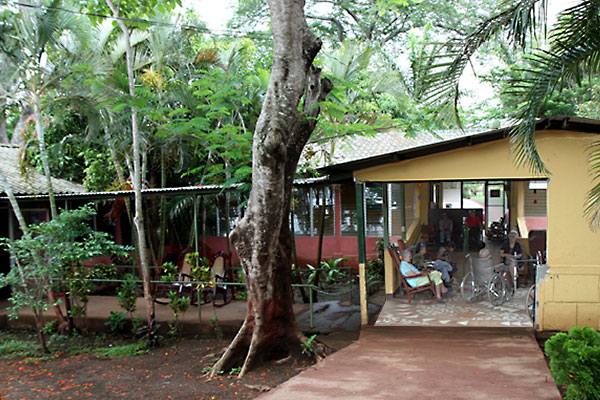 As sister cities, Santa Cruz, California and Jinotepe, Nicaragua have had a long and rewarding relationship. In June, 2008 The Santa Cruz Sister Cities Committee and Three Americas, Inc. sent a delegation to Jinotepe to explore new projects. The delegation included Bill Denevan, Martha Mangan, Nancy and Jerry Eidam. Earth Links’ executive director Steve Leinau, was asked to join because of Earth Links’ past work in Jinotepe. Steve met with mayor Oscar Tardencilla who suggested this particular Center be used as a locus of financial support. The Center relies entirely on public support. While established as a not-for-profit organization it does not receive government funding. The Sister Cities committee and Three Americas were impressed with the high quality of care and nurturance of the staff. They pledged a monthly $100 donation. Center Director Alma Sanchez Cordero emphasized the need for support from outside sources, “We are poor and face a severe crises in addressing the basic needs of seniors.” 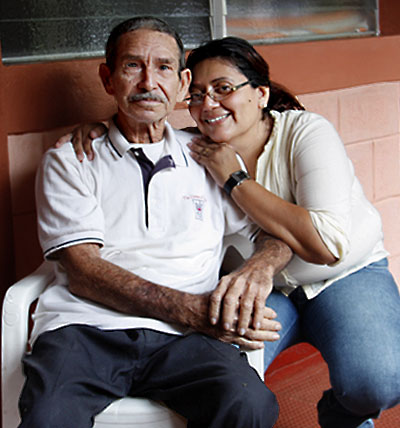 Many organizations worldwide have been impressed by the Center and its staff. Nicaragua-Direct, which focuses on senior care facilities, has supported the Jinotepe Senior Center with medical supplies for several years now. The Jessie F. Richardson Foundation, founded and directed by gerontologist Dr. Keren Brown Wilson, has raised $200,000 for a new wing for the center. In 2007 the Foundation coordinated with a group of engineering students to upgrade the center’s water system and electrical wiring and help do a seismic retrofit of the building itself (PDF). The new wing was completed in mid-May of 2009. In 2009 Earth Links joined supporters of the Center with a small monetary donation, 500 reading glasses, and contributed a series of photographs shot at the Center to help them tell their story. 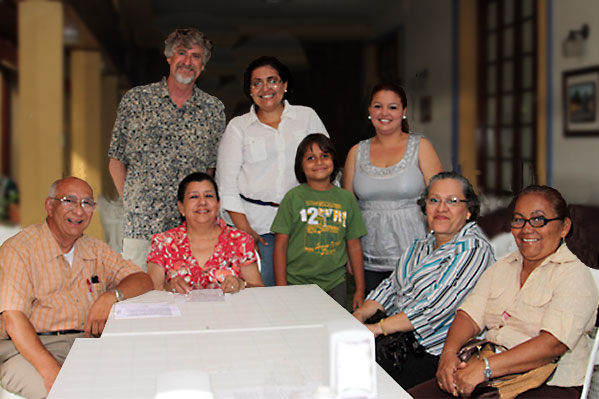 Steve Leinau with the Senior Center's Board of Directors, 2009

Earth Links is also working to raise $2,000 for computers, software and art supplies for a new program. It is an innovative exchange program of art and cultural exchange between the seniors at the Santa Cruz Skilled Nursing Facility and those in Jinotepe. The Santa Cruz seniors have named the venture, Puente de la Esperanza, a Bridge of Hope.

Earth Links is excited to announce a new collaborative fundraising effort  with our partners Three Americas, Inc. and Global Elder Project. It’s on Crowdrise, a website for charitable giving and crowd-sourced fundraising.