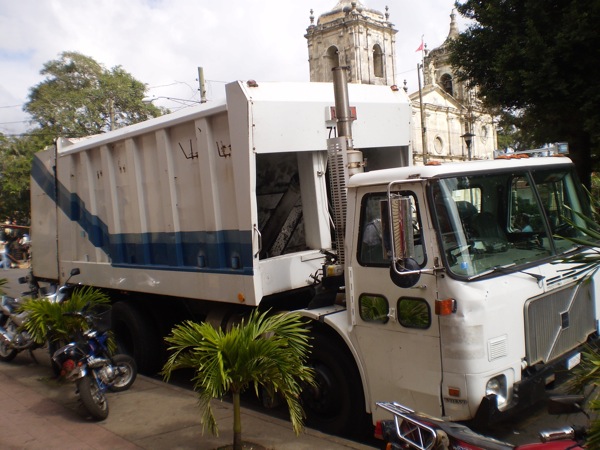 In June 2009, Santa Cruz Sister Cities Project and Three Americas coordinated, with the help of Earth Links, the delivery of a rear-loading garbage truck, valued at $50,000, that was donated by the City of Santa Cruz to Jinotepe, Nicaragua, its Sister City. A representative from Jinotepe, Ricardo Barquero, came to Santa Cruz and made the successful drive all the way to Jinotepe! 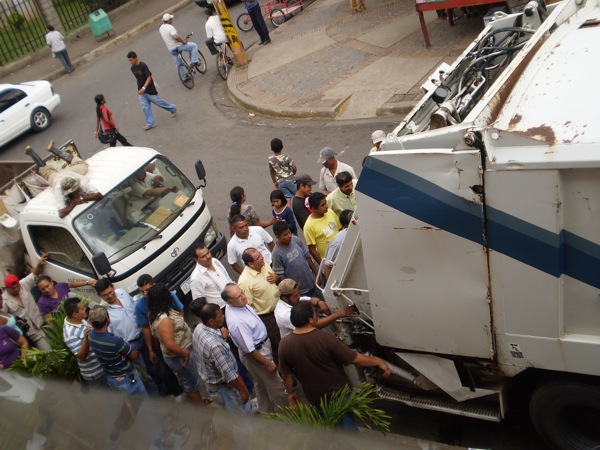 According to the Santa Cruz Sister Cities Committee, this is Jinotepe’s “first and only garbage truck,” and its arrival addresses a critical unmet need.

After a long process of electronic communication between the two cities, Steve and Doolie went to Jinotepe and met with the current mayor of Jinotepe, Oscar Tardencilla, to help coordinate the donation and delivery. 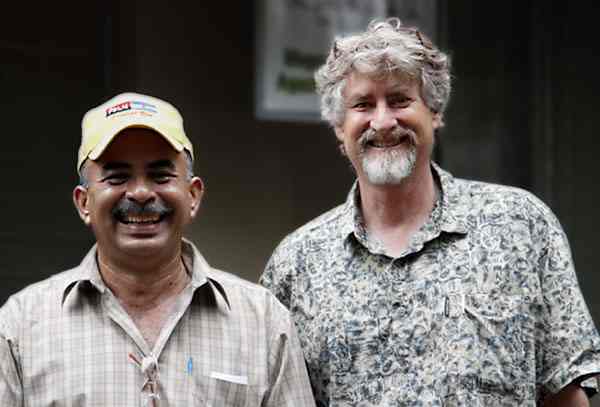