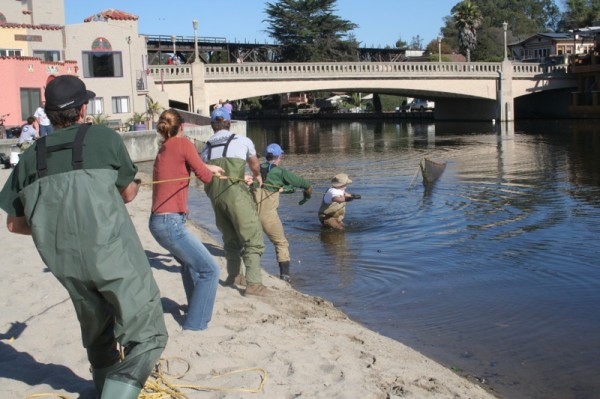 Hello Keepers of the Stream! Thus begins fisheries biologist and educator Don Alley’s recent report on the 2010 Soquel Creek Lagoon Fish Count, a yearly event in Santa Cruz County, CA. Volunteers and professionals come together at the Soquel Creek lagoon for two October Sundays to help with the fish counting process, learn about the Soquel Creek watershed as an ecosystem, and add to important longitudinal data on the health of the watershed and its inhabitants. It is an event we at Earth Links look forward to every year.

Don, who coordinates the count and correlates the data, has worked in the watershed for more than 20 years; he has been a loyal friend to the fish and wildlife and other local residents. His work with Friends of Soquel Creek has helped many people understand the conditions under which the existing steelhead population can thrive and Coho salmon can return. On the first of the two Sundays, Don and volunteers captured a whopping 302 steelhead in just two seine hauls. He reports: 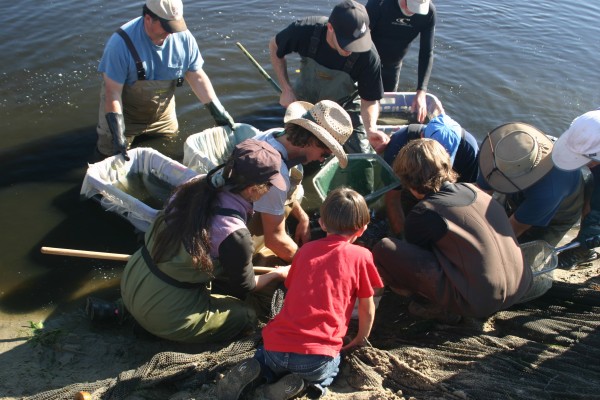 It looks like the growth rate was about average for our lagoon, which is typically high. However, growth rate was much greater in 2009 when less than half the fish were estimated (449), thus reducing competition for food. The lagoon was much cooler in 2010 than most years due to cooler air temperatures. That did not seem to help the growth rate any.

We had a great turn-out of young people in 2010, mostly from UCSC this year, thanks to Walter Heady who is TA-ing biological courses there. Thank you Walter and your students!

I hope to see you all next year, and take good care of yourselves.

Monitoring the steelhead population in the lagoon is just one part of a larger watershed monitoring process made possible through the joint efforts and funding of many governmental agencies – including the City of Capitola, who generously funds the fish sampling – and local citizens. If you want more information on how you can join in the annual October fish count, contact Earth Links via this page.

The photographs featured on this page (except where indicated) were taken by talented local photographer Lois Robin, who is also a videographer and a Commissioner for the Fish and Game Advisory Commission at County of Santa Cruz Health Services Agency (HSA). She won the Katherine Knight Award at the 2005 EarthVision Environmental Film and Video Festival, for her documentary Stuck in the Mud: The Pajaro River in Peril. 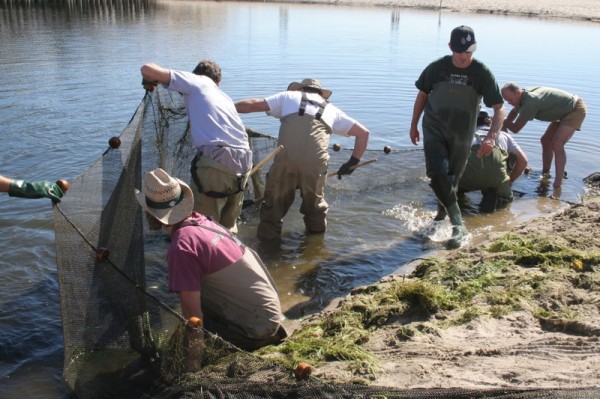