In 1998, documentarians Katherine Knight and Ed Schehl of Raindancer Film & Video decided to create a venue in which environmental filmmakers could converge and consider each other’s work, an event that would also give little-known issues and activists a signal boost. They called it EarthVision, and it has been running now for 12 years.

Over the past decade or so, over 1,000 videos from more than 15 countries have been shown at the festival. The festival and participating filmmakers have enjoyed strong community support, and many of the winning films are run as programming on Santa Cruz Community Television year round. The festival draws attention to films and videos about the environment, brings together producers of environmental films and videos, and honors the environment and those who seek to protect it. The films shown instill concern for the issues and subjects depicted and seed enthusiasm for change in the audience. The festival also encourages filmmakers to continue with their hard work, while providing a venue in which they can witness their accomplishments being celebrated. 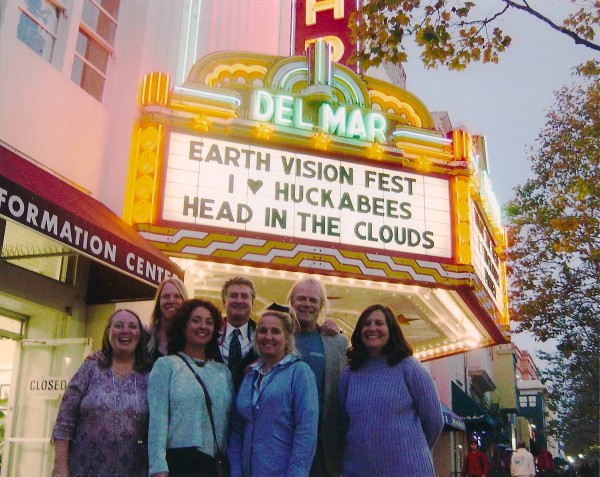 Volunteers for the 2004 EarthVision Environmental Film and Video Festival

EarthVision is a nonprofit, community effort, locally organized and funded. Support for the festival comes from local businesses, organizations, and individuals. Earth Links has been involved with the festival from the beginning, providing funding for each of those years, and sometimes more. Earth Links has played many roles, depending on who the coordinators were, how many volunteers the festival had, and what skills and materials were needed for a successful event. In past years we have produced marketing materials and helped with program creation and logistics. Earth Links has been the repository of graphics, fundraising histories, and marketing materials, and we have shared them with new sets of volunteers each year.

In 2008, the Santa Cruz Film Festival (SCFF) assumed operations of the festival, which has helped to increase EarthVision’s reach even further. Visit the festival’s website for information about EarthVision 2011, taking place May 5-14.

Blogger Alan Geoghegan has a page dedicated to EarthVision 1999, with many photos of Katherine Knight and other participants.