Recently Three Americas and Earth Links have been proud to work with nonviolent conflict resolution trainer and anti-bullying expert Jeff Caplan, whose Common Language Program for Bullying Prevention and Safe Schools has trained 300,000 students, teachers, and parents since its inception in 1995. 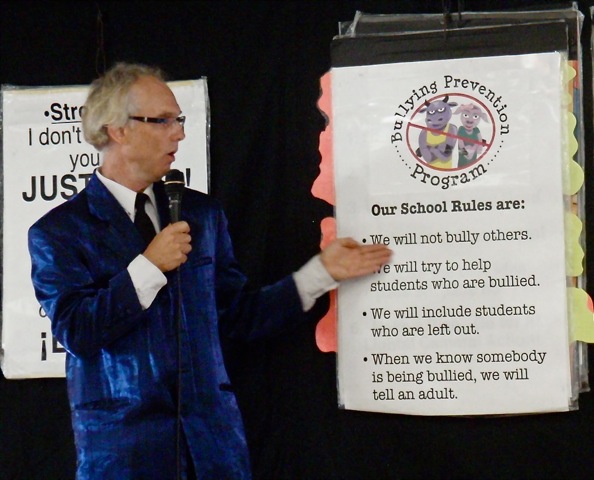 Jeff’s approach establishes a  “school-wide common language for solving conflicts and preventing violence.” Three America’s donation allowed Jeff to come back to Soquel Elementary School this year, which has suffered, like many other schools, from budget cuts. Jeff reports that the May 2011 training, which 350 students attended over two assemblies, was much appreciated by Principal Eric Gross, and got enthusiastic support from parents.

“At Soquel Elementary School,” Jeff explained, “the program started with a teacher training [earlier in the spring] to establish a common language among adults for identifying and responding to bullying behavior.” 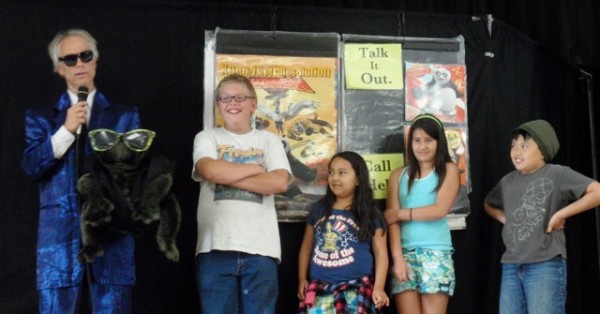 Jeff Caplan and students from Soquel Elementary School, May 2011

“Next, the student assemblies taught youth how to respond to bullying behavior such as teasing, pushing, excluding, and physical violence. Students role-played when to ignore, when to be assertive, and when to call for help. Finally, students brainstormed and practiced how they can stand up for each other the next time they witness a bullying incident. Parent workshops are being discussed to extend the common language into the home for the coming school year.” 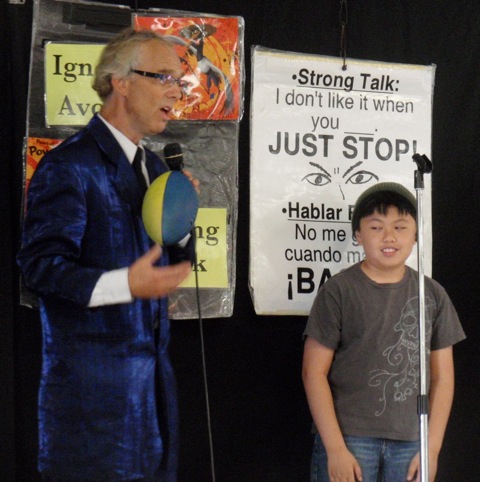 Evaluations and quotes from school members:

“Thank you for the wonderful assembly. Our kids really needed it!”

“The presentation was powerful for our 5th graders. I hope other schools are doing this work.”

“That was fun! Now I know what to do when I see somebody bullying.”

“My son and daughter have some good skills now.  Thank you!”

To contact Jeff, you can email him at Jeff_Caplan@sbcglobal.net.

Three Americas Board Member Lois Muhly has had a long-standing interest in anti-bullying activism and nonviolence training; in 1984, she joined the Santa Cruz branch of Creative Response to Conflict, Inc., where she met Jeff. During that time, she, Jeff, and other members of CRC of Santa Cruz got together to write grants to get this training into local schools, and they have been friends and colleagues ever since.

Creative Response to Conflict was established in the early 1970s by Quakers in Nyack, New York. Since then, the organization has spread worldwide, “teaching nonviolence through character and social skills development, and using an innovative experiential approach incorporating multiple learning modalities.”