Earth Links has a long history of video and photography projects bringing to light emerging environmental and social issues as well as supporting nonprofit organizations. Sharing new issues in the public/media space allows conversations and constructive actions to take place. Telling the success stories of nonprofits—whether through high quality photography or video documentaries—helps nonprofits to raise both awareness and funds. While our photography focuses on the images of individuals being served by nonprofit organizations, our videos more often tend toward the point of view documentary that spotlights a critical environmental problem or solution. Our vision is to create a connection between people and places in need and those with resources to give.

Earth Links has also been a major supporter of the EarthVision Environmental Film Festival since its inception in 1998, one of the first environmental film festivals in the United States. This festival is now part of the larger Santa Cruz Film Festival.

Below are links and further information on examples of some of the projects we have supported and been involved with over many years.

Santa Cruz Coffee Roasting Company was the first Fair Trade licensee on the central California coast and its owner/founder Colleen Crosby. Filmed in 2001 during the Crosby family’s trip to Nicaragua, the documentary “In Our Hands: Sustainable Relationships in Specialty Coffee” has been extraordinarily influential in introducing Fair Trade to coffee traders and drinkers throughout North America. Directed and produced by Christopher M. Bacon.

Our Land, Our Future

“Our Land, Our Future” is a documentary by Ed Schehl and Katherine Knight about indigenous land rights and environmental issues in Nicaragua. By showing seldom-seen images of the Caribbean Coast of Nicaragua and its indigenous peoples, it helped to pave the way for the Rama Nation to receive a land title to approximately 1 million acres of their traditional lands. The film won an award at the Costa Rica International Environmental Film Festival. Proceeds helped to fund the first successful lawsuit in Central America making indigenous land rights a human right.

No Worries For Us!

The volunteers at the Montana Spay/Neuter Task Force are dedicated to helping communities by offering education, low cost spay and neuter services. As their credo goes, don’t just mop up the mess, turn off the spigot!; Earth Links was excited, in 1999, to get involved in these worthy endeavors. “No Worries for Us” (produced and directed by Doolie Brown) shows the efforts of these veterinarians, working at spay and neuter clinics on Crow and Northern Cheyenne Indian Reservations. The film has been shown to the American Humane Society and on Native American reservations throughout Western North America.  To read the full story go to our post: Montana Spay/Neuter Task Force

As part of Three Americas’ and Earth Links’ support for El Mirador, an organic farm and training center in Guatemala, this short video highlights the wonderful work of Manuel Huz, his family, and the enduring legacy of the original participants of the campesino to campesino movement. Working with other poor farmers, they built a model farm, a cooperative that produces some of the world’s best coffee, while promoting fair wages and appropriate technology. Their work moves beyond the requirements of organic certification to encourage a diversity of native flora and fauna, an “ecological agriculture.”
Produced by Roger Bunch for Three Americas, directed by Emery Hudson. (c) Fedora Films, 2008. 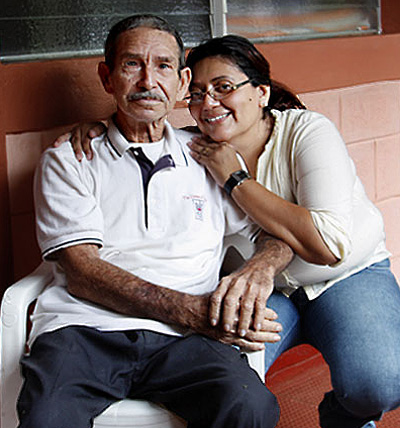 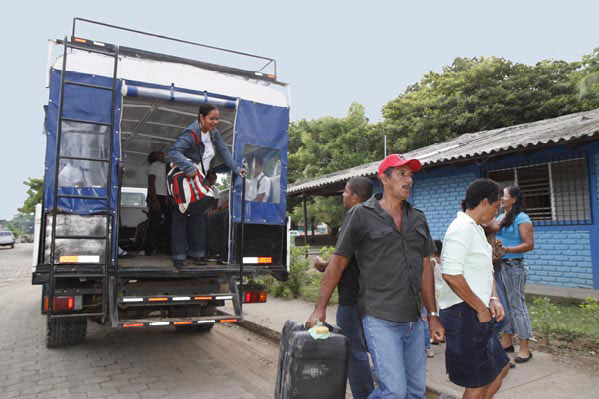 Project WOO is a small but dynamic group of people dedicated to making sure surf tourism has a positive impact on third-world surf destinations. In places like Gigante, on the west coast of Nicaragua, Project WOO has been working, through community-driven projects, to protect the qualities that make small communities like Gigante so attractive to socially- and environmentally-conscious surfers while preserving local control and community autonomy as they are “discovered” by tourists and the industries that cater to them. The tremendously successful Gigante Bus Project, which now connects Gigante with its closest neighboring town, Tola. 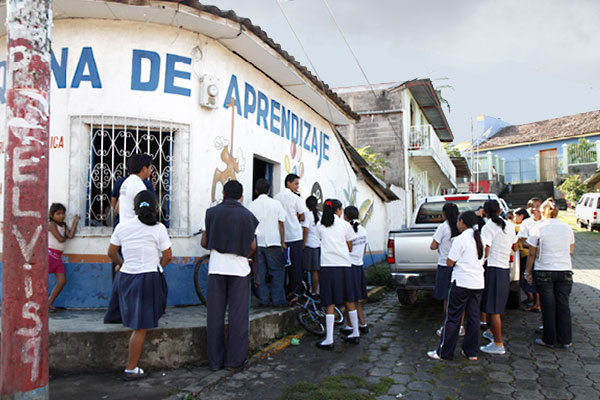 In July 2011, Three Americas sent a donation to Centro Medico Psicopedagogico Castellana (The Castilian, a home and activity center for the disabled) in Havana, Cuba. We at Earth Links worked with Three Americas to prepare a donation for La Castellana of computer equipment and supplies, small kitchen appliances (blenders and meat grinders), and hand tools through Pastors For Peace, a US-based nonprofit, and their Cuba Caravan.

Colorado Friends of Los Pipitos and Earth Links: A Cooperative Venture in Nicaragua 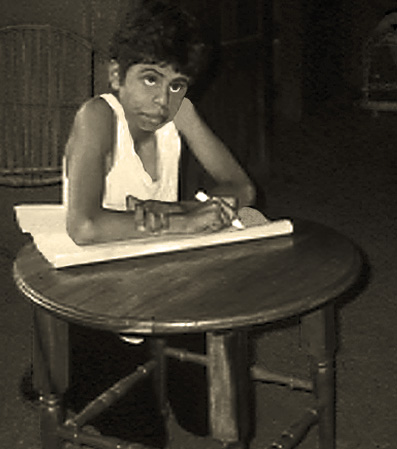 “Los Pipitos,” which means “the small innocent ones” in Spanish, is a term of endearment for children and adults who need help. It is also the name of a national organization in Nicaragua founded in the mid-1980s by parents of children with disabilities. Established in the waning days of the US trade embargo in a country still shattered by the effects of war, Los Pipitos started to provide education and services to meet the needs of families and communities heretofore unmet.